Once he was gone I inspected my finger and found a small dot of a bite surrounded by a puffy white doughnut. There was a tingling sensation in my finger and up my forearm, which I discovered was covered in a faint rash. I sent my brother a text:  Are octopi poisonous?  I didn’t have a smart phone at the time, and since my brother was at work I figured he could look it up on his computer, but instead he just texted back: No clue.  So, wondering if I should be alarmed, I drove the two hours back to his house, hoping that there would be a hospital or clinic en route if I needed it. 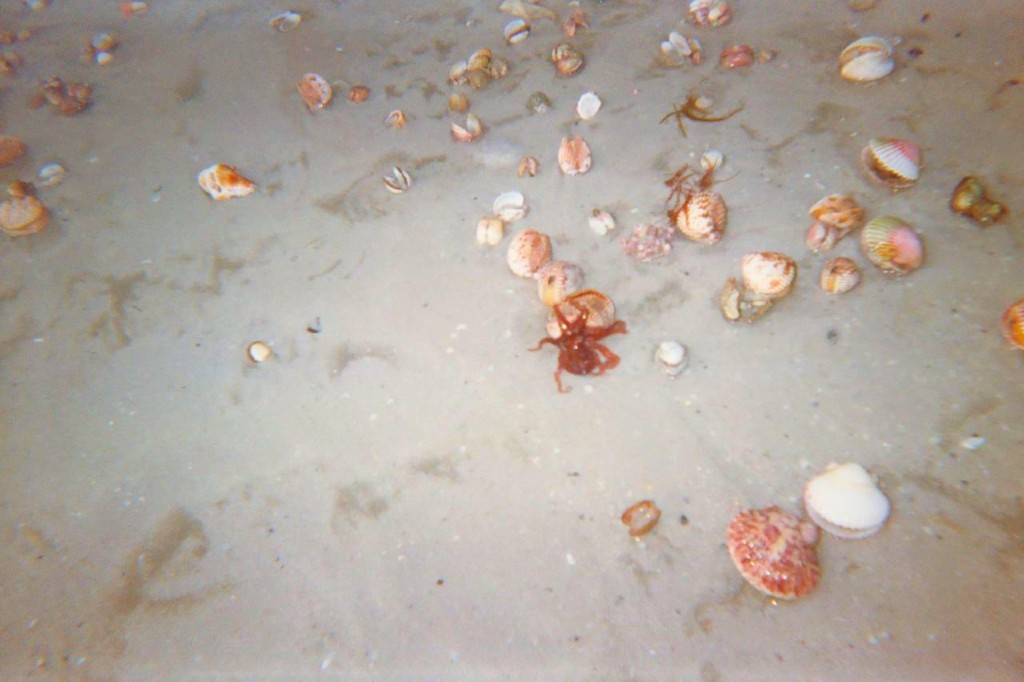